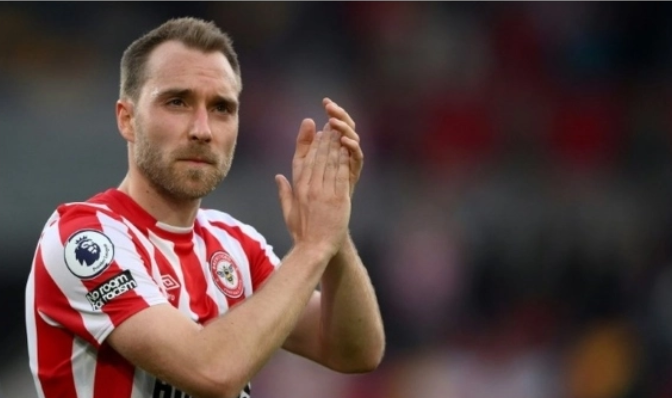 Manchester United have set its sights on Brentford player, Christian Eriksen as a possible replacement for a depleted midfield ahead of the 2022–23 season.

Eriksen signed a six-month contract in late January of 2022. He scored his first goal in the Premier League in a 4–1 away win against west London rivals Chelsea on 2 April, helping the Bees secure their first victory over Chelsea since 1939.

Reports say Man Utd boss, Erik ten Hag is bent on signing the Dane whose contract winds down on Jube 30th, despite Frankie De Jong being the primary target for the new season.

Manchester United were keeping tabs on Eriksen’s progress and were reportedly happy with what they had seen. according to The Athletic.

The 30- year- old had stated his intention to play in the UEFA Champions League.

‘I would love to play Champions League football again. I know how much fun it is, but it isn’t essential for me.’ Erikson told viaplay in an interview

Tottenham are also in the hunt for the services of the midfielder and are expected to trump the Red Devils as they have secured a place in next season’s Champions League.

There is also the case for the history with the club and also with the current manager, Antonio Conte as he had managed the player at Inter Milan.

However, the Red Devils could ease Eriksen back into European football by giving him the chance to play regularly in the UEFA Europa League.