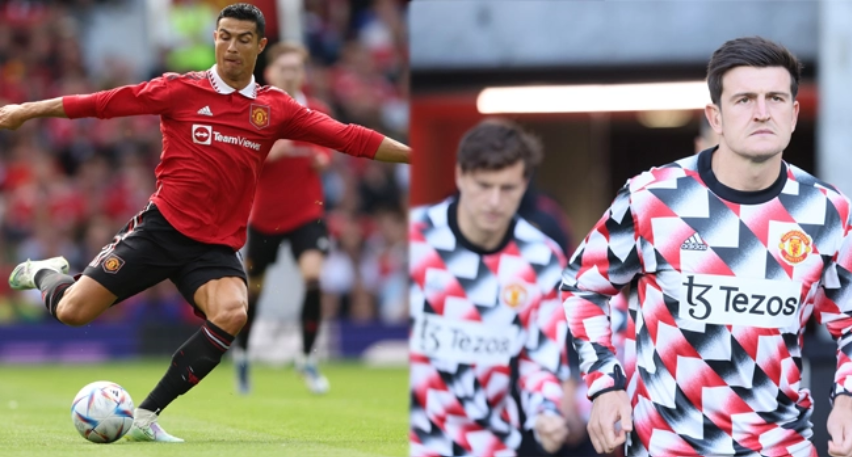 Manchester United’s Cristiano Ronaldo and Harry Maguire have received the most Twitter abuse of any Premier League players, a report published Tuesday has found.

Half of that abuse was directed at just 12 individuals – eight from United.

Twitter was chosen due to its popularity with players, and because it makes data available for research but the study does not take into account the safeguards that are in place.

“These findings shed light on a dark side to the beautiful game,” Ofcom group director for broadcasting and online content Kevin Bakhurst said. “Online abuse has no place in sport, nor in wider society, and tackling it requires a team effort.

“Social media firms needn’t wait for new laws to make their sites and apps safer for users. When we become the regulator for online safety, tech companies will have to be really open about the steps they’re taking to protect users. We will expect them to design their services with safety in mind.”

The report identified two peaks in the frequency of abusive tweets.

The volume of posts can largely be explained because of Ronaldo’s 98.4 million followers.

On this day, the Portugal forward was mentioned in 90 percent of all tweets aimed at Premier League footballers and 97 percent of abusive tweets.

The second peak came on November 7 when Maguire tweeted an apology following Manchester United’s 2-0 home defeat by Manchester City, with many posts using insulting language towards the England defender.

Twitter said it also removed more than 38,000 abusive tweets, with a spokesperson telling Britain’s PA news agency they were “committed” to combatting abuse and did not tolerate harassment on grounds of race, ethnicity, gender, gender identity or sexual orientation.

At an Ofcom event at the National Football Museum in Manchester on Tuesday, Manchester United women’s player Aoife Mannion said using social media was a particular “deal with the devil” for female footballers.

“We do need it because we need the exposure and visibility we get from it, we don’t need the abuse,” she said.