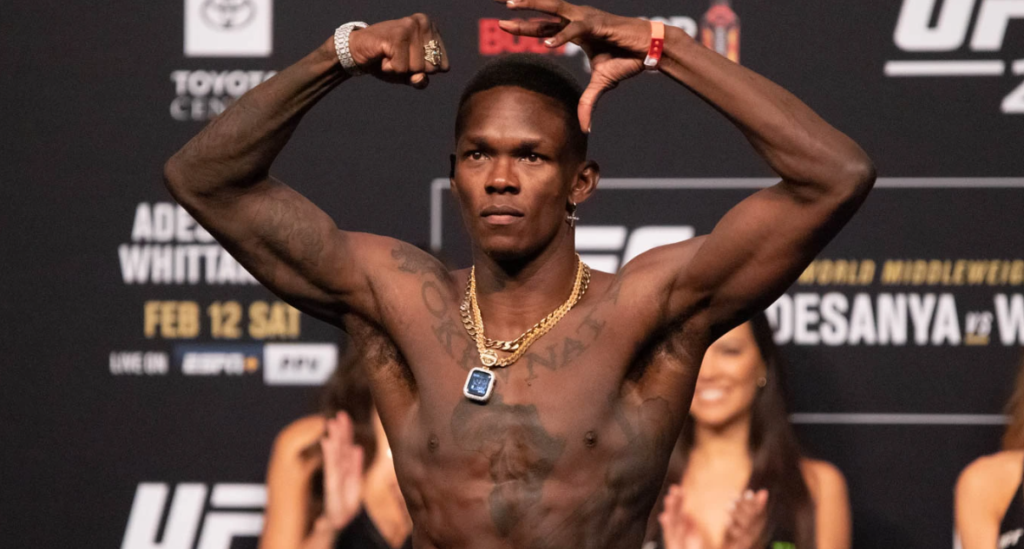 Before Adesanya’s victory, Pereira had brutally knocked out Sean Strickland leading to the conversation of a potential rematch against the Nigerian.

The PUNCH had reported that in 2016, Pereira ended Adesanya’s 12-fight winning streak with a unanimous decision victory and earned him a rematch.

In the rematch, ‘The Last Stylebender’ Adesanya was defeated again and later required oxygen to regain consciousness.

But Adesanya said he lost to Pereira due to “an error on my part due to my spamming right hand and that was in kickboxing”.

The UFC middleweight champion said this after Sunday morning fight.

“Look, we know who is next. The first time I told you [Pereira] it was an error on my part due to my spamming right hand and that was in kickboxing. It is easy to knockout that homeboy [Sean Strickland] because he was parrying the jabs, but like I said at the press conference, next time I put you on skates, you will get frozen like Elsa,” Adesanya said.

“I will tell you one thing they had an excellent game plan. It was really hard for me to get my follow-ups going, my second phases going because they had a good game plan, and Jared had the fortitude in his mind.” Adesanya added in the ring.