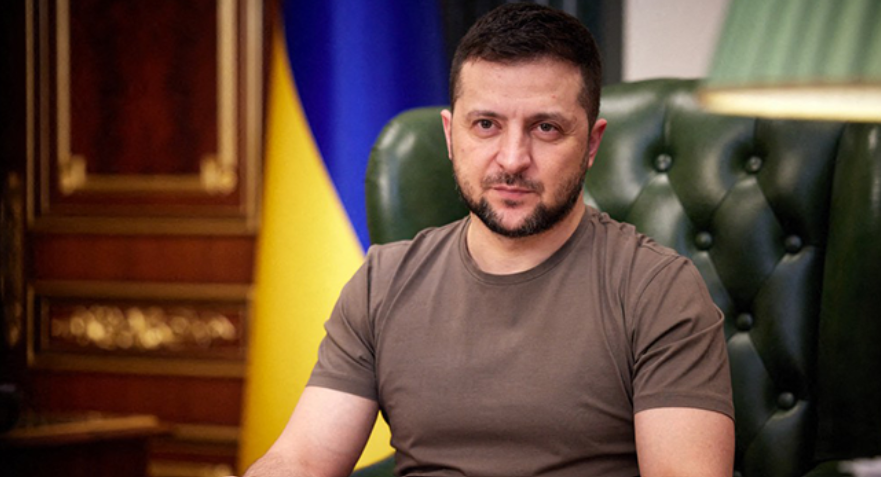 Ukraine on Tuesday launched its new football season despite Russia’s ongoing invasion, in an apparent attempt to give a morale boost to the war-ravaged nation.

In the first match of the Ukrainian Premier League, Shakhtar Donetsk drew 0-0 with Metalist 1925 from Kharkiv at the Olympiysky stadium in Kyiv.

In an emotional pre-match ceremony, the players of both teams and the referees entered the pitch wrapped in Ukrainian flags and unfurled a banner that read “We are of the same courage.”

In addition, Metalist 1925 played the match wearing T-shirts with the emblem of the Ukraine’s Armed Forces instead of the traditional sponsor logo.

After a minute of silence in memory of the Ukrainians who died as a result of the Russian invasion, the first symbolic kick of the ball was made by a Ukrainian soldier.

Matches will be held without spectators due to security reasons.

But passers-by outside the stadium in Kyiv voiced their support.

Maksym Scherbyna, a fan of Dynamo Kyiv, said the resumption of football was “very important”.

The war has had a devastating effect on football clubs, particularly smaller and less financially secure ones.

Two Premier League teams, FC Mariupol and Desna Chernigiv, have been allowed to skip the season with a right to return in the next one.

The strategic Azov Sea port of Mariupol has been devastated by constant Russian shelling and Desna’s stadium in northern city of Chernigiv was hit by a Russian rocket.

The decision to begin the season reportedly came from President Volodymyr Zelensky himself in order to give the country a morale boost.

Many clubs will play their home games not in their own cities, but largely in the safer western or central regions.

Ukrainian football clubs decided in April to end the previous season early after it was suspended following Russia’s invasion which began on February 24.

Shakhtar Donetsk led Dynamo Kyiv by two points at the top of the table when the season was interrupted, but the league decided not to award the title.