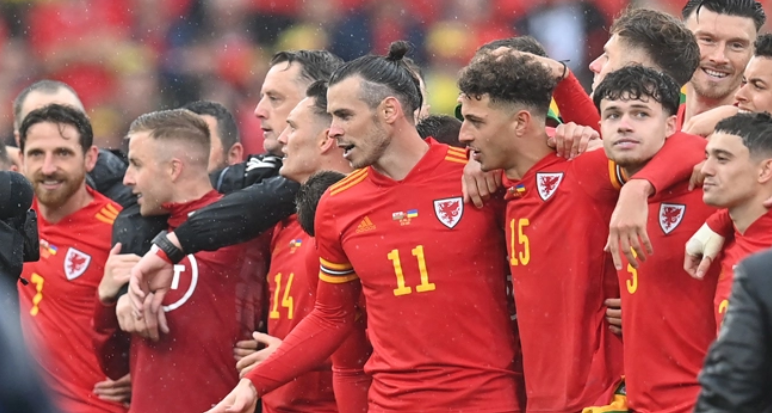 Gareth Bale led Wales to their first World Cup since 1958 as Ukraine’s dreams of lifting the spirits of a war-torn country were cruelly denied by a 1-0 defeat in Cardiff on Sunday.

Bale’s free-kick, which was turned into his own net by Ukrainian captain Andriy Yarmolenko, separated the sides despite the visitors dominating the game in sodden conditions at the Cardiff City Stadium.

Ukraine made a nation proud in beating Scotland 3-1 on Wednesday in their first competitive clash since Russia’s invasion.

Oleksandr Petrakov’s men deserved much more from another exceptionally composed performance under the strain of carrying the hopes of a people devastated by Russian aggression.

The Ukrainian national anthem was applauded by all sides of the stadium before the game and, just as on their trip to Scotland in midweek, the visitors were inspired rather than inhibited by the pressure put upon them.

However, they were made to pay an exceptionally heavy price for not taking their chances and one moment of misfortune.

Oleksandr Zinchenko did find the net after just three minutes, but the Manchester City man was deemed to have taken his free-kick that caught Wayne Hennessey off guard too quickly.

Hennessey then had to be alert to prevent Roman Yaremchuk opening the scoring before Viktor Tsygankov sliced a glorious chance wide.

Wales had barely threatened the Ukrainian goal, but in Bale have a star capable of changing the course of matches in an instant.

The 32-year-old is without a club having brought down the curtain on nine years at Real Madrid by picking up a fifth Champions League winner’s medal last weekend.

Bale has reserved his best for international duty in recent years and will now get the chance to add a World Cup to a glorious career.

His free-kick on 34 minutes was headed off target until Yarmolenko tried to head it to safety and only succeeded in deflecting the ball past the helpless Georgiy Bushchan.

Ukraine refused to be crushed by that misfortune and were unlucky not to be given a penalty before half-time when Yarmolenko was clipped by Joe Allen inside the box.

The pattern continued into the second half as Rob Page’s men were pinned back inside their own half.

But the home side did have big chances of their own to double their advantage on the counter-attack when Aaron Ramsey steered wide, Brennan Johnson hit the post and Bale shot meekly into the arms of Bushchan.

At the other end, chances continued to come and go as Tsygkanov’s effort was saved by Hennessey before Yaremchuk put the rebound wide.

A last-ditch challenge from Ben Davies then prevented Yarmolenko the shot at redemption.

Ukraine’s day was summed up five minutes from time when Hennessey produced an incredible save to prevent substitute Artem Dovbyk’s header finding the top corner.

But Wales are now unbeaten in 19 home games stretching back nearly four years for a reason as they were roared home by the majority of the 33,000 crowd.

The last time Wales were at a World Cup they were eliminated by a goal for Brazil by 17-year-old Pele in the quarter-finals.

This generation of Welsh players achieved the seemingly impossible by getting to the semi-finals of Euro 2016 in their first major tournament for 58 years.

Now they have written themselves into the history books once more when they get the chance to face England, USA and Iran in Qatar come November.