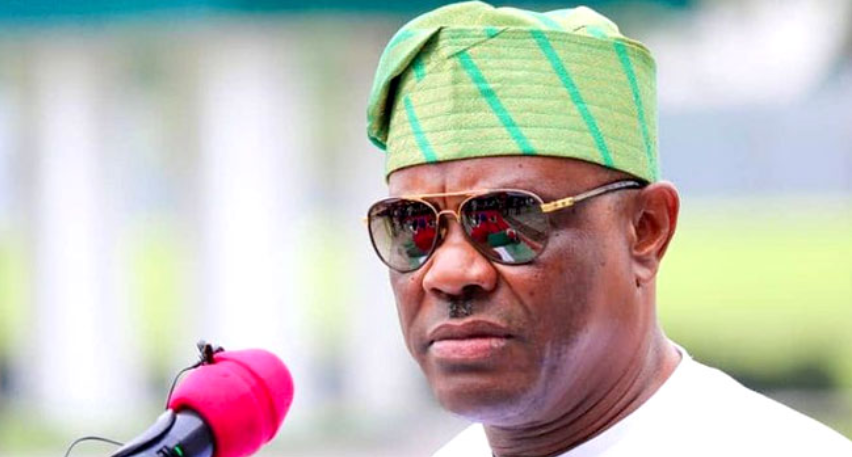 Governor Nyesom Wike has announced a cash reward of 20,000 dollars for each player of the Rivers United Football Club for winning this year’s Nigerian Professional Football League (NPFL) title.

All the players and club officials were treated to a reception on Thursday at the Rivers State Government House in Port Harcourt, following the feat that saw them finish at the top of the league with a record 77 points from 38 games.

The Rivers State Governor, who officially received the trophy from the club, said players will be decorated with the prestigious Governor’s Medal Service Award for their feat.

He also stated that they will be sponsored on a two-week all-expense trip to Madrid, Spain to prepare for the forthcoming Confederation of African Football (CAF) Championship.

“The Commissioner of Sports should make sure that all of you will go to Madrid for two weeks and train. You know Madrid is where you can get the best team. You go there for two weeks, prepare with other clubs to enable you to prepare for the forthcoming CAF competition.

“All playing all these matches, you have one kind of pain and this, something should be able to push on.  Each of you will go home with 20,000 dollars.”

Governor Wike also revealed plans to give each player $40,000 (N16 million) should they go past the group stages of the CAF Champions League.

By the virtue of finishing first in the NPFL, Rivers United automatically qualified as Nigeria’s representative for next season’s Champions League, with runners-up Plateau United, picking the season ticket.

Third-placed Remo Stars will represent Nigeria in the CAF Confederations Cup, with the winner of the 2022 AITEO Cup, picking up the final ticket.