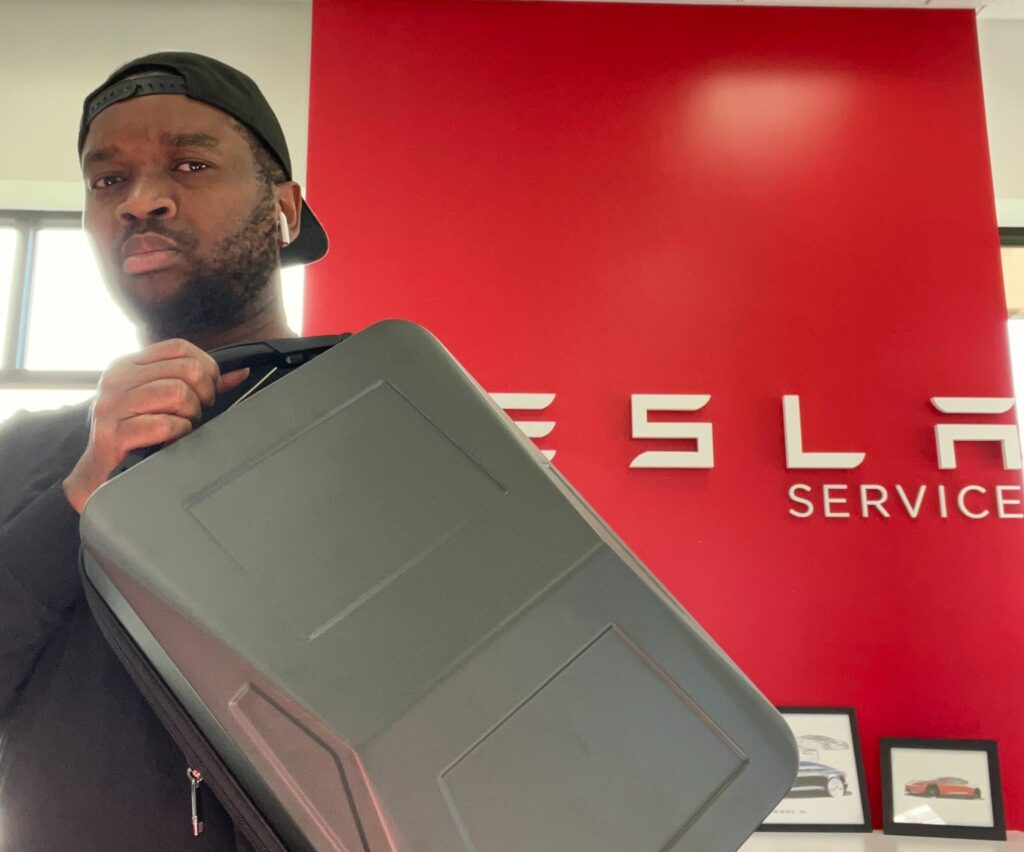 A U.S-based Nigerian, Riz Nwosu, has accused the world’s richest man, Elon Musk, of stealing his technology for Tesla.

Mr Nwosu, an admirer of Mr Musk’s cybertruck, excited about the invention of the sportslike truck, he developed a backpack after the vehicle’s model and named it cyber backpack.

Mr Nwosu said he pitched the backpack to Mr Musk and Tesla designer, Franz von Holzhausen, hoping for a partnership where profits could be shared. He made a tweet tagging the tech mogul and listed the unique features of his invention.

“My ultimate goal is to get this product listed on the Tesla.com store and split the profits with Tesla. So if anyone know(s) Elon like that, I would appreciate the plug,” said Mr Nwosu when he launched the backpack on ProductHunt and created a website on Shopify to market the product.

The U.S-based Nigerian purchased a domain, cyberbackpack.com valuing the backpack at about $199 for pre-sale orders, a strategy he said he learned from the Tesla boss.

While awaiting a response from Tesla, Mr Nwosu found out Mr Musk had gone behind his back to trademark Cyberbackpack.

“Since then, news about the trademark filing has exploded online and still not a word for Tesla or Elon…bruh!” claimed Mr Nwosu in a LinkedIn newsletter.

He said he had filed his “own trademark for the word CYBERBACKPACK with a ‘first use’ date in December 2021,” hoping Tesla would have a rethink and reach out to him for a partnership deal.

“I still would love to work with Tesla on this and see here an opportunity for Tesla to demonstrate their longstanding commitment to diversity and inclusion,” added Mr Nwosu.