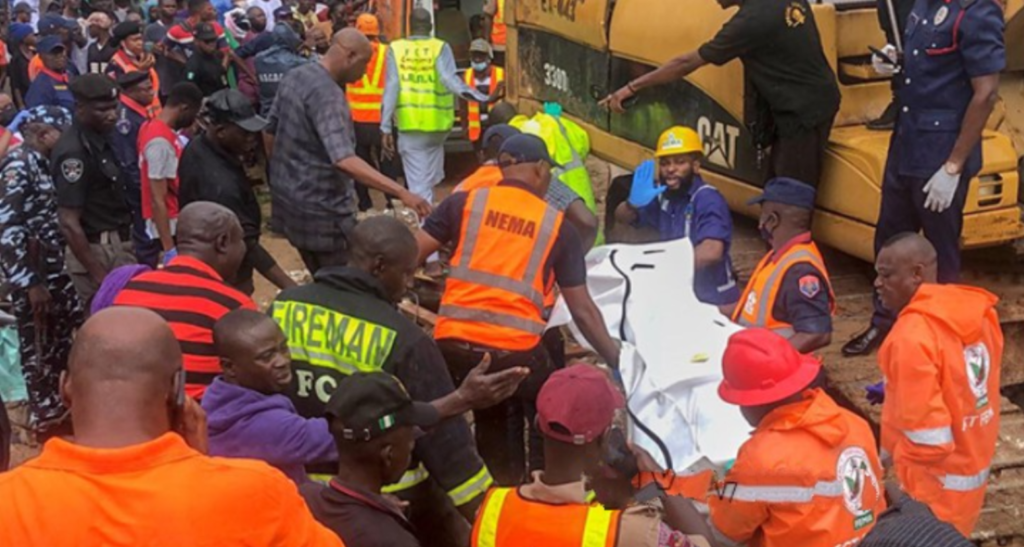 Two persons have been confirmed dead after a three-storey building collapsed in Kubwa Satellite town, Abuja.

Channels Television had earlier reported that two persons were trapped and three persons rescued after the collapse.

The building, which was under construction, collapsed at Hamza Abdullahi Street Off Gado Nasco Road.

According to the Nigeria Security and Civil Defence Corps, the incident occurred in the early hours of Friday.

While some persons have been rescued with serious injuries and taken to the General Hospital, the number of casualties is yet unknown.

As of the time of this reporting, security agencies and National Emergency Management Agency officials were on the ground trying to rescue those trapped in the rubble.

One Mr Emmanuel Omeke, who said he lives beside the building, claimed the collapsed structure was initially a shopping mall but recently converted into residential apartments.

He suggested the addition of extra blocks to the structure may have led to the collapse.